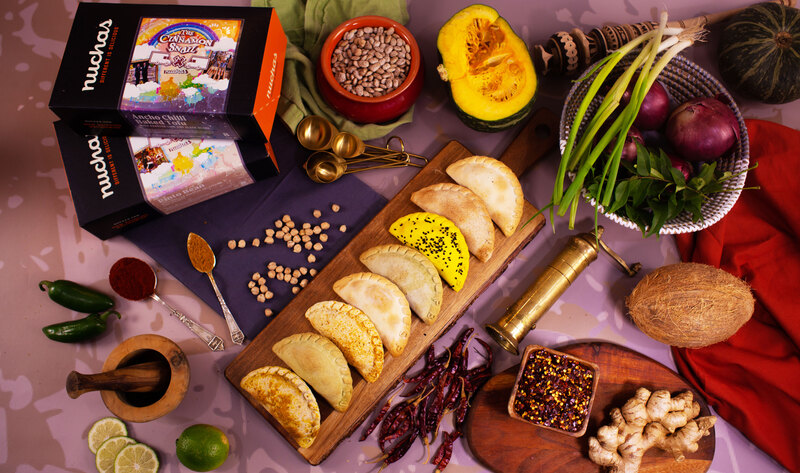 Shuttered New York City food truck The Cinnamon Snail recently launched vegan empanadas in partnership with Nuchas, a New York City-based company specializing in globally inspired empanadas. Available for purchase online, the culinary collaboration features eight different empanadas with The Cinnamon Snail-inspired flavors and fillings such as ancho chili baked tofu with roasted lime and black beans; Korean barbeque seitan with housemade kimchi; and curry leaf chana with mustard seeds and coconut milk. The new all-vegan line also features croissants topped with orange blossom chamomile glaze. Both the empanadas and croissants are available for nationwide delivery in packages of eight and retail for $31.74, with a portion of proceeds donated to sanctuaries and outreach programs to help vulnerable animals and communities.

“There was a lot of experimentation to get this right because I’ve always been really into having diverse flavors and textures in the food I create,” The Cinnamon Snail Founder Adam Sobel told VegNews. “Experimenting with different preparations to keep the fillings from being one uninspiring, homogeneous blop was critical. For those who are familiar with my food, you will know I tend to be about saucy, juicy, marinated proteins and fillings, but it’s a fine line with empanadas to get things as juicy and delicious as possible. I’m really looking forward to adding other savory items—some sauces and marinades to this line—as well as other exciting pastries and desserts.”

Years in the making
For Ariel Barbouth—founder of Nuchas—and Sobel, this collaboration was years in the making. After meeting while serving food on the streets of New York City nearly a decade ago, Barbouth hired Sobel a few years ago as a culinary consultant to help create vegan recipes. Despite Barbouth’s longtime desire to create a whole product line, the partnership came to fruition last year after The Cinnamon Snail’s food truck and food court counter permanently closed in February.